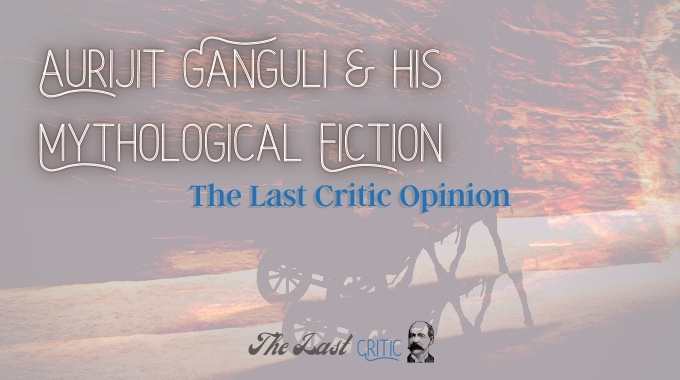 The entry of Aurijit Ganguli on the horizon of Indian English fiction asserts the perception that reading habits of Indian readers are flexible enough to accept and reject things rather than being rigid and stubborn. The novelist who has made his debut with a novel entitled The Shambala Sutras has sent his inputs on our queries and I will try to cover his views on literature, Indian literature in general and also the reception that he received for his novel from the readers.

It is true that Indian English literature has witnessed so many changes in recent times. And we can certainly put the opening bracket 10 years ago and it’s continued… With the novelists like Amish, Sanghi and Nikita Singh at the same time emerging at the fore, we can certainly assume that every kind of literature has its reader and fan base if the work is completed with all the ingredients which make bestsellers possible. Moreover, it is also to be noted that the authors are moving from a fixed set writing style to picking some exciting and interesting themes, try variants in terms of plots and offer more than just literary satisfaction to the readers who traditionally did not have many options. There have been many new authors who are constantly challenging the hegemony of established authors with their effort and dedication towards creating something new and exciting. Rewriting mythological instances, forging a novel out of Shiva Purana, adding Krishna angle to the modern tale… so on and so forth and Aurijit Ganguli has become one of the lastest novelists to make sense, excitement, sensible impact and also a very near to traditional literary output with newness in fiction.  The Shambala Sutras, the novel by Aurijit, offers to the readers a continued compelling excitement that does not end even after the novel is done and put on the table. Aurijit has been at his exemplary best on some occasions in terms of narrative and wonderful in terms of his plot construction with twists planned in an impactful manner.

The most beautiful thing in his writing is a balance between excitement and sensibility of fiction that will surely attract the readers. He nurtures the storyline rather than providing his personal opinions all the time that can limit the readers in a certain periphery. The ideas are constructive and it reflects the age-old secrets of Indian history. An inflow of almost awe-inspiring fictional environment runs through his novel. The novelist has utilised the air of secrecy and mythology around the idea of Shambala, a kingdom that no one can see, very well.

Once the reader begins reading this novel, Aurijit’s craftsmanship as a novelist makes the communication with a plain language first of all and then one can shift to the development of the plot, characters and twists and relations planned in a scrupulous manner. The author has kept his tone temporary, the story is timeless and the treatment is also traditional with an impact which compels the modern readers to navigate to the end of the line – in an awe-inspiring journey that leads the characters from Sanjeevani to Shambala. Could the debut novelist do all this well? Yes, I can see it! You must be excited by now, bookworm! Aurijit has the capacity to create a long-lasting effect on the readers. His ideas and narration style is not made for epithermal joy rather it will last long in the memories of the readers and someone might be waiting for more from the author as well.

You will see the review of this novel very soon. Wait for our verdict on The Shambala Sutras. The novelist does create a positive response for himself and one of our readers will offer the ups and downs of the novel on The Last Critic. Keep reading! All the best!

By Gunjan for The Last Critic

#Contemporary#Fantasy#History#Indian
Help others read this... do share!
You will enjoy reading these:

Gaurav Upadhyay – know the author of Most Wanted Zindagi

Many Indian authors are coming with many new ideas and themes. They are not only…

Into the world of Ashwin Sanghi – what makes him lead the rally of mythology fiction writers?