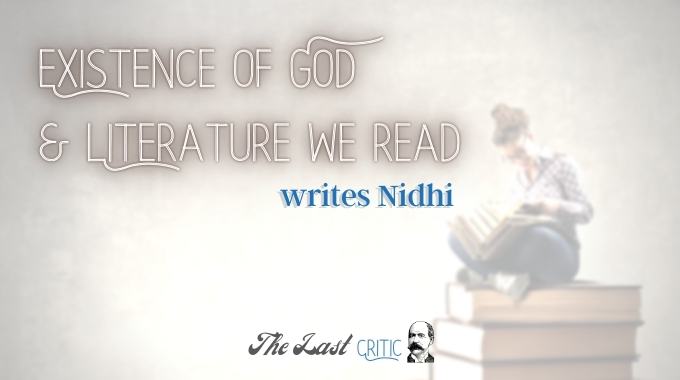 What is God? Who is God? Why is God and how is God… there are many questions like these that often pop-up in our thoughts, more than often if I may say – human life is too fragile at times and it does need an external support system to survive. However, is God only limited to be a support? Is God only a person? Well, there are millions and even many millions translating into billions who believe that God is an active power who influences the world! Taking the argument further, God and literature have been related for long. In fact, in a way, we can say that it was only because of this idea of God that we got our first literary pieces, per se, as we have things right now. So, the appearance of God as a guest cast or as a regular protagonist has been very common for our literary works. In this article, we will know the titles and a brief about the books, nonfiction in nature, that feature God in various possible forms. If you don’t find God, you can clearly see the manifestation in different kinds of ideas.

Yoga Sutra by Patanjali: As we know, the oldest known text on the subject of Yoga, Yoga Sutra, was written by Patanjali around some 4000 years ago. Largely popular book during the medieval era fell into the abyss of obscurity from the 12th to 19th century and it made a come back again in the 19th century with the efforts of Swami Vivekananda and others. The book chronicles theories and practice of Yoga and more broadly to the union of one with oneself. This or that way, the book is certainly about the search for the invisible – God. Yoga Sutra is considered as one of the greasiest books on Yoga. Indeed, the teachings of Patanjali are thousands of centuries old but are most suitable for every one of us today.

Autobiography of a Yogi by Paramahansa Yogananda: Hailed as a masterpiece from its first appearance in the year 1946, Autobiography of Yogi is one of the most illustrious spiritual classics of the world, translated into more than fifty languages. The book is an exceptional odyssey into the life of great spiritual figure of India, Paramahansa Yogananda. Beginning from his childhood, his family life, his encounters with various saints of East and West, to finding his guru and how he became a monk himself. The book is also an introduction to the methods of attaining God-realization and accentuates the ancient science of Yoga, the value of Kriya Yoga and a life of self-respect, calmness, determination, simple diet and regular exercise. If your quest is different, you will find that difference here.

What is God? By Etan Boritzer: The world which is largely divided on the basis of religion and with each religion fighting to show its supremacy over others, What is God by Etan Boritzer compares different religions, like Christianity,  Islam, Hinduism, Buddhism, Judaism and bring in light the similarities between them. The author tries to answer one of the big questions “What is God” (though asked and answered by many) and historical concepts allied to God using various illustrations so that children can understand it better. The book encourages children to see that religion is all based on the love of God.

The Concept of God by Vonoth M: Though the book Vinoth M is relatively new, talking about the genre and the theme, it is certainly interesting enough to keep the readers attracted to the pages in the book, from the beginning to the end. Vinoth takes a very scientific line and he tries to inquire the ‘science’ behind God, if I may put it this way. The Concept of ‘God’ will be an interesting read for modern readers because they might love knowing the modern, the contemporary, the 21st-century view on the eternal question of God’s whereabouts…

The Essentials of Hinduism: A Comprehensive Overview of the World’s Oldest Religion by Swami Bhaskarananda: The book provides an essential and detailed outline of various aspects of Hindu culture. The primary purpose of the book is to enlighten the audience (especially targeting Western people) who are unfamiliar or have not much acquaintance with the Hinduism. The book explains the history, philosophy, beliefs, norms and religious practices of Hinduism in a straight forward and easy to understand manner. It answers to the most mundane to the most profound answer about Hindu culture, like do the Hindus worship many gods? Are the Hindus idol worshippers? What is the purpose of life? What are Hinduism’s spiritual practices?—and so on.

Well, dear readers, this was my list for the time and I am sure each of the books listed in this article has the potential to keep you engaged, intrigued and interested in the content. I am sure that the readers will learn many new things by reading these books by new and old authors. I will be back with more articles like this one. All the best!

an article by Nidhi for The Last Critic

#Books#Classics#Reading#Suggestions
Help others read this... do share!
You will enjoy reading these:

After a long time, a positive trend can be witnessed in Hindi poetry by the…