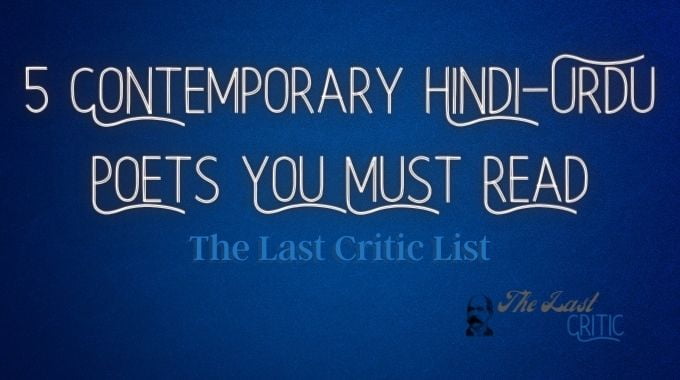 After a long time, a positive trend can be witnessed in Hindi poetry by the Indian poets. Though this trend may have many different connotations for different readers, an average reader wants to see popularity for the literature he or she reads. Hindi literature, in India and ironically, was rather subdued and sabotaged, to an extent, amidst the rise of English literature. And now, once again, in the past decade and thereafter, Hindi literature, along with Urdu literature and especially Urdu Shayari, is gaining popularity day by day and it’s giving hope to the Hindi-Urdu writers as well.

If the credit of making modern English novels famous goes to Chetan Bhagat, arguably, one must find and fix the writers who might deserve credit for the popularity of modern Hindi-Urdu poetry in India. Well, some might say that Kumar Vishwas, the rising star or established crown of modern ‘popular’ Hindi poetry, deserves the credit to make it famous and popular once again. There is no doubt that he has revolutionized a generation to quench their thrust of creativity. And now, we are witnessing an abundance of Hindi authors and Hindi poetry festivals. However, when there are too many to choose from, it becomes a little difficult for the readers to pick the best they could get. And I am making that a little convenient by preparing a list of the contemporary Hindi and Urdu poets and shayars you can enjoy reading.

So, my dear readers, this was the list of contemporary Indian poets that I would want the lovers of Hindi and Urdu literature to read. I am sure you will love reading the works of the poets and shayars who have been named here. I have been reading as well as critically following contemporary literature in Hindi and Urdu in India. And I will be coming with more lists and analysis in the times to come. Until then, enjoy the current phase of changing colours and emotions in Indian Hindi literature phase. 🙂

List by Madhav Mahesh Misha for The Last Critic

#Contemporary#Hindi#Indian
Help others read this... do share!
You will enjoy reading these:

Is the quality lowering in literature or our perception of quality is changing rapidly? Opinion

Indian literature has been rich, traditionally as well as in any way you would like…