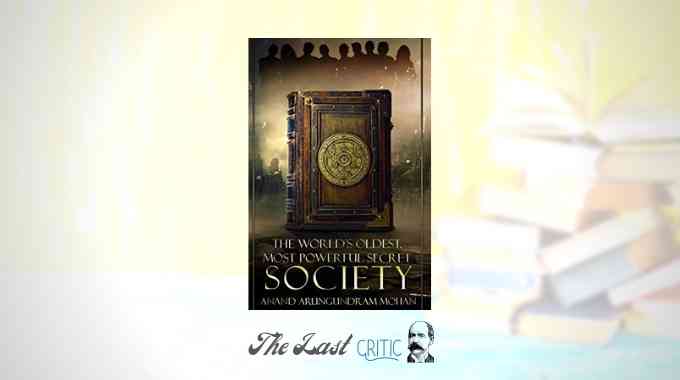 The World’s Oldest, Most Powerful Secret Society is a fantasy novel written by Anand Arungundram Mohan. The book uses imagination to a very beautiful and high extent. It tries to connect the dots between the past and the present by bringing the great king Ashoka, an emperor of the Maurya Dynasty, into the Kalinga battlefield and allowing his readers to visualise the damage done to humanity and healing done to Ashoka’s heart by seeing the devastation and destruction around him. Ashoka’s changed heart forbids him from wars in the future and he decides to do something for humanity. However, here, Anand twists the tale of history with his imagination and brings in the concept of a secret society. 9 wise and intelligent men are ascribed with the duty of collecting knowledge, technical prowess and magical powers. In present, the readers are taken to a city in India where 9 children are born the same day, Hyderabad. Let’s get into the story in the section below. I will also add my comments and key-points – ups and downs.

The World’s Oldest, Most Powerful Secret Society is the first book in a supposed series of novels by Anand, The Journey Series. As expected, the book initiates a journey of the nine major characters in the book. All these characters are children and they will supposedly grow-up in the course of the series, in further instalments of the series. However, the current novel is mostly a starter, a fantasy world in the beginning. While the story is remarkable and the motifs are outstanding, what the author has missed or lacked in terms of technical strength is the narrative. At times, the characters (children) sound very mature and at times, they sound too naive. And therefore, what they lack in coherence, consistency and uniform path of development.

The central motif that develops the plot is getting a friend back from the dead. It is grand, it is well-thought and it is wonderful. The story moves steadily and the events are linked very well. Gopal, a friend to everyone in the Nifty Nine group, dies during a cricket match. His death breaks the hearts of his friends and Leela is the one who suffers the most. However, by chance, she meets an old man being treated in the hospital where she is admitted after she faints knowing about Gopal’s death. The old man tells Leela about a book, Book of Power, the same book that Ashoka got compiled and hidden by his secret society of 9 learned men. The old man says that this book can get a dead man back. Voila! Leela breaks the idea to her gang members and they are committed to getting Gopal back from the dead… will they be able? Will they get their dead friend back?

The story has signs and adventures of time travel, flying chariots, wonderful experiences and horrific turns of events as well. So, these guys are on a roll in the later chapters and the readers will certainly appreciate what they read. However, they could have appreciated it, even more, had the novelist made sure that the grandeur of the theme could be expressed in the same grand manner. So, language and narrative cold be harsh at times that you will have to keep in mind.

The novelist has reimagined the history as Amish Tripathi does. He has also reinvented the present as Ashwin Sanghi does. However, his imagination could not inspire the best order of the words in the novel and that might belittle the emphatic impression this novel could create on the readers. Still, whatever it is, the novel by Anand Mohan is impressive and engaging without a doubt. Everything cannot be the best… it has to be something, though.

In this genre, thriller and fantasy and almost a completely imaginative world sketched on the grounds of reality, I did not read a work which is amusing, enticing, thrilling and also surprising. I would predict that this novel will be appreciated by the readers of a young age. Even children can read and enjoy it because the language that may sound not very theme-matching to critical readers will perfectly match the reading skills of the children. A teenage novel? Yes, I can say that too. Whatever way you look at it, The World’s Oldest, Most Powerful Secret Society by Anand Arungundram Mohan is a happening work and it will certainly impress the readers. I will keep my rating very appreciative save the language and narrative part. All the best to all those who are going to read this novel.

Buy the novel – click here to buy from Amazon India

Book review by a contributor, for The Last Critics

The World’s Oldest, Most Powerful Secret Society is a fantasy novel written by Anand Arungundram Mohan. Has Ashoka’s secret society of 9 men come back in the form of 9 children in Hyderabad? It is an interesting ride on the waves of imagination which will keep the readers on their toes… narrative could have given the book a little facelift.

#Contemporary#Fantasy
Help others read this... do share!
You will enjoy reading these: