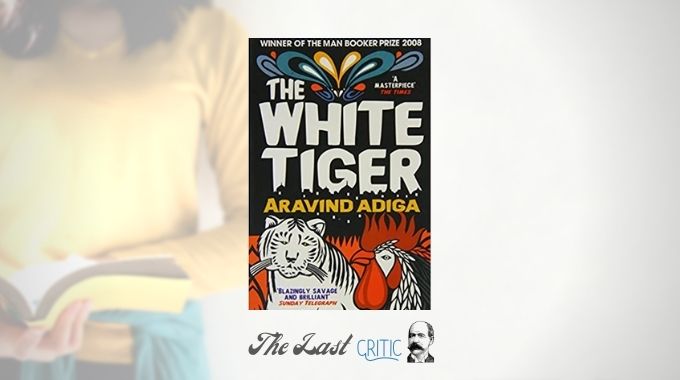 Aravind Adiga’s debut novel The White Tiger had claimed much fame, masterpiece title, critical favours and, the most essential of them all and also the root cause of everything else, the 2008 Man Booker Prize. And since then, the novel has been hailed as a ‘dark matter’ in Indian English Literature… a sensation that gave birth to many other sensations. Though Adiga’s class is a little different from Arundhati Roy’s, Adiga is way more comprehensive in his works. The White Tiger gives the readers a complete 1-2-3 guide to the subversion of human psyche, a bird’s eye view of matating human ambitions, and a lump-sum idea of how India’s predictable growth was daunting to many other nations in the world.

The White Tiger is not about tigers. Many might have presumed that Adiga might have taken up the cause of tigers in the Sundarban delta as Ghosh often raises. No. No tigers. The White Tiger is rather about a timid personality named Balram Halwai and more than anyone else, he himself blames his fate and abilities that are too limited for him to come to the light from the darkness that engulfs him, all the ways, all the hours and every day! Balram Halwai wants to grow, become rich, become powerful and wants respect that he seldom gets even after the novel by Adiga ends. This work is about want for power and glory…

Aravind Adiga doesn’t use fancy language like many other novelists in the elite league love to do. He has written in a layman’s tone and tenure. His language is something that anyone with a standard education up to class 10 can easily grasp with a few instances of dictionary references. His style is something that should be debated and it has been debated all these years… since the Man Booker episode to Adiga’s latest novel Amnesty and also, too remarkable to forego, Adiga’s obscurity or rather his fading into oblivion even after claiming such a major literary award… why?

The White Tiger tries to rise and celebrate human subversion and the author tries to qualify this guilt of watching others lay bare on one’s altar with phrases like human wants, power-hungry, suppressed and resented and so on… which is, in a novel it might seem well, not so good a thing to do in real life. There are more people in India who might find themselves in the condition of Balram Halwai every day than the population of Kane Williamson’s country, New Zealand. However, no one even thinks about pulling off Balram Halwai’s trick to fame and possession.

Adiga’s hurry to show Indians in a timid, suppressed and unwanted tone has done well for him to get the eyeballs of the critics and jury abroad. However, if a well-read person reads his novel and does so honestly, Adiga will sound like a rebellious child who does not know what he is standing up to but keeps whining and moving his sword like our favourite Rajput Boy, Ravinder Singh Jadeja… this is, in short, my assessment of the agenda with which this novel stands famous.

On the flip side, the novel does offer many things new to read and understand, ponder and debate and one must read it to understand the same. Adiga’s training in understanding and writing literature does give him an ‘unfair’ edge that might not be in the fate of authors like Bhagat and Roy. So, feast yourself with a challenging novel if you want to understand the nuances of modern Indian English literature that started to prosper after the early 1990s. All the best!

By Gunjan for The Last Critic

The novel challenges the way you think. It does offer new perspectives and new ideas. However, the writing might be boring for many people who read modern works! Brace yourself with this one if you want some serious literature this week!

In the Sphere:  The Penthouse is a title written by Niraj Sharma, an Indian author…