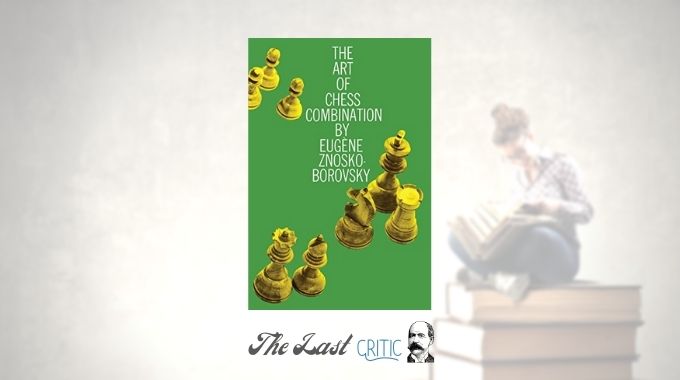 “All things are studied, all the branches of human knowledge have their courses and their handbooks. Why alone should the combinations of the chessboard evade the enquiries of science?”

And the author, Eugene Znosko-Borovsky, is absolutely right in his analogy as well as the assertion. Chessboard becomes a science experiment as you wish to take control of the opponent’s mind and compel him to move the pieces according to your trap. In this book, The Art of Chess Combination, well-known chess player and author, Borovsky, tells about combinations that will help a player in a game.

In chapter II of the book, the author quotes a definition of ‘chess combination’:

“A combination in chess is a transition (Übergang) in the game which, by its form, is distinguished from the general expected trend of the game.”

The book has been translated from Russian into English. It has certainly been done wonderfully by Philip W. Sergeant. The language is simple and the book does what it intends doing. Borovsky has tried to introduce the concept of chess combinations to the average chess players. He advances to introduce and show some of the combinations in action, taking examples from some of the games played – historical ones, perhaps, most of them – and it makes things clear as the concept intensifies. Moreover, the transition from simple combinations to exceptional combinations and the ways to identify the opportunities and amplify the opportunities have also been discussed by the master chess player.

“The opportunity must never be missed that is offered by a defenceless piece.”

The book goes on defining many aspects of the game and enlightening the readers about the exploits, defence, attacks and also the ultimate goal – victory. Though the games in the examples, as well as the strategy that Borovsky has explained, might seem old as well, there is nothing you can say OLD in chess. On a chessboard, the pieces are still the same; the goal is still the same – hunt the king down and claim your victory.

As a chess player who has won many and lost a few as well, I could make too much use of this book, a classic piece of literature on the game of chess. I would certainly say that this book, The Art of Chess Combination, will help a person interested in the game of chess to upskill himself or herself with many combinations running in the mind during the game. It helps psychologically, philosophically and practically, with the help of examples – wonderful pictures with the moves that led to them. Moreover, there are also exercises that will help the players check whether they can defend, attack or claim victory… a package that comes ready to be opened and used. You can get a copy of this book from Amazon India right now. Link is below:

Buy this book from Amazon – click here to go to Amazon

Review by a reader for The Last Critic

The Art of Chess Combination by Eugene Znosko-Borovsky – Book Review

The Art of Chess Combination by Eugene Znosko-Borovsky is a classic chess book… it helps the readers understand various nuances of perfect chess combinations to ensure victory. A must-read for chess enthusiasts!